I turned 18 almost an hour ago.
In an hour that’s supposed to be happy, I’ve managed to be miserable.
My two best friends showed up to surprise me with a cake, presents and balloons.
I could’ve been happy and I should’ve been and in an alien way, I was. But this last hour has been filled with self-pity, misery, anxiety and hate. For no real reason.
The past hour has been a reminder that just because it’s your birthday, even if it is your 18th, doesn’t mean all the bad in the world stops existing. It doesn’t mean people who don’t care will suddenly start caring and that’s fucked up because these shouldn’t be my thoughts right now.
I shouldn’t be so goddamn mad right now.
Things are supposed to be good, I’m supposed to be satisfied, content and blissful right now but fuck it, I’m not. I’m really not. Everything seems wrong, everything seems shades of red and black and fucked.
So happy birthday to my oldest friend, that won’t be leaving me any time soon. Happy birthday to my depression.
Posted by Adeena at Friday, October 27, 2017 6 comments:

i often find myself at a loss for words and inability to understand or comprehend myself.
i'm generally a very open person, very clear about the way i feel and why i feel the way do, but not about everything it seems.

it's frustrating because one particular part of my life keeps killing me over and over, and i have no clue how to change myself or my situation. i don't even necessarily know what my situation is.
but if you talk to someone you love, and you know you love them, why still are you agitated and annoyed by them? why is it so hard to identify what bit of your relationship it is that leaves you feeling sore and exposed and hurt?
i'm always waiting for the person i can be, to be better and better deal with all that i have to deal with. but the road to that me is tediously long and i don't know what to do until i get there.
grow, i suppose.
Posted by Adeena at Sunday, June 11, 2017 1 comment:

i was always daddy's little girl, the spoiled daughter who got what she wanted, when she wanted.
the first time he went to the states, i was only a baby and i still remember how hard i cried and wouldn't let him leave. my mom even still says that he's been in a lot of pain all the times he saw me hurt, but it means even less since he's also the one who's hurt me the most.

the image of him as my hero, as the one person in all the world who could do no wrong and hurt no one shattered around the time i hit 12 and it's falling apart more and more every day. it's hard for me to even think of him as a trustworthy family member because he's proved to be destructive and careless in all his relationships.

now, this isn't to say i blame him entirely for everything. i know the things that make him the way he is he has no control over. his persona right now is that was cemented throughout his childhood, and while i acknowledge that, i resent it. no matter what the reason, no family - no wife, daughter or son should be treated the way he treats us. all i can say for him is that he's never been physically abusive, aggressive maybe, but never abusive. no, all the abuse has been emotional.
he's known pretty much in the entire family as someone who's hard to live with, someone who's got an attitude, who isn't bothered about anyone, whose family does not love him enough to conceal his flaws - and he has many.

my whole life for the past year, perhaps, has become about escaping him and helping my mum escape him. someone with such emotional and mental trauma should never have kids, because he cannot be blamed for having issues, but he can most definitely be blamed for projecting that on his children.

maybe this post isn't very useful to anyone reading, maybe many of you are shaking your heads reading this, thinking that my generation don't respect our elders enough or whatever else. all i can say is, i cannot respect someone who has gone extraordinary lengths to disrespect my mother and i.
i don't think i can ever forgive or forget that and nor do i want to.
i hope one day we are at a point in our relationship where i can trust him again and learn to love him again, but that certainly isn't any time soon. first, i want him to regret what he's done and the person he's become. i want him to feel the hurt and the responsibility that i have. no person deserves to hurt anyone, however much, without paying the price.
Posted by Adeena at Wednesday, May 24, 2017 1 comment:

i wanted to say i love you because i've spent too much time not saying it and too much time waiting to. i don't know what it means, i don't know if the damned time zones will ever stop working against us or if we'll ever be in the same place at the same time long enough to know how it feels to be wholly yours, to have you wholly mine. and i know, people can never belong to other people, but holy shit, if god could only make you mine.

i heard somewhere that there's always something unspoken between two people, and i wonder if the gap between us is the unspoken, because we speak enough but all i hear is "not now, not yet, just wait."

ok so here i am. back again.
i'm not writing in capitals. i forgot what format i write in, oops.
anyway, let's talk about a thing: male validation.
i've realized that i look for male validation in most of the things i do, as well as looking for male attention. maybe it's just something that's been internalized in me but i am actively working to fix it.

never having been in a relationship - and this is me being very candid and vulnerable with you all - is crazy because it makes me work towards a goal that i've just idealized in my head as one of the best things that can happen to me. i realize, however, that it's not.
i'm also a person who likes to exercise my emotions, who loves playing with my emotions - i love to feel. i will look for that sensation in the attention these boys will give me, but no one's ever gotten too close.

i will say however, there's a person dangerously close to me, and uncomfortably far away, that wins and betrays my affections all too often. some days, seeing his name pop on my phone screen will make my stomach turn with delight and waiting for him to write back will drive my heart crazy. on other days, this same boy will mean nothing to me, he'll be just another nuisance, just another friend, just another nobody. but i will come back to him. my heart will come back to him at the end of a long day, pop up somewhere along a stream of thoughts. everything seems to begin and end with him.

Can you guys believe Blogger's still a thing because I forgot for a bit.
I'm not going to say the ever so cliched words "I'm back", rather here's a post - savor it as long as it lasts, I don't know if I'll keep coming back.

I didn't post at all last year so I'll start off by updating you on the few significant changes in my life:

I finished my IGCSE's and I guess I did fine. I don't know.

I'm 17 now and 10 months away from being legal (because apparently I was illegal this whole time).

I started A-levels privately, meaning I'm not going to school.

It's come close to the time I need to decide what I want to do with my life (yuck) and where I want to study and to be honest I haven't got a clue. I've met so many people in the past few months who've got everything planned out, what they want to study, where they want to study, how they plan to get there and I'm really just winging it.
Here's the thing, I might not entirely mind going into media and journalism, so I'm making an attempt to come back to this blog to advertise my skills (?) and create a portfolio. I don't know, as I said, I'm just winging it.
Another interesting thing is - I made some YouTube videos to add another experience in my many online adventures, if you can call them that. Give it a look.


Take care, guys, and feel free to leave some love in the comments. I'll be back soon.
Posted by Adeena at Thursday, February 02, 2017 3 comments:

Every time I am now close to giving up, I think: every time I almost gave up, every time I thought there was no point to beat what was inside me, every struggle I thought I'd never get through - I beat it. I beat the monster inside me and that's accomplishment enough for my whole life. Every time I feel like I have accomplished nothing, every time I feel like my life is pointless, every time I remember: my little tiny hormone-crazed brain had enough strength to push me through a storm I was too young to even comprehend. I stayed with myself through every self-battle at 3 in the morning, crying, curled up in my bed until I numbed into a deep, deep sleep.
I have conquered, time and time again, the hardest thing there is to conquer: myself.
I am a scarred soldier, a hormonal adolescent, a struggling student, a depressed teenager, a perturbed travel; the outcome of family turmoil.
I am still here. I will continue to be here, far longer after I understand what I am here for.
Posted by Adeena at Wednesday, August 26, 2015 8 comments: 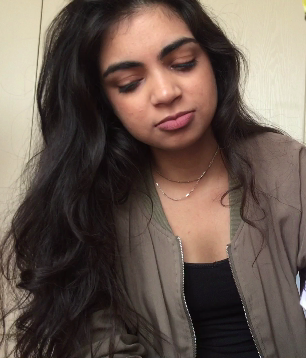 They put up with me